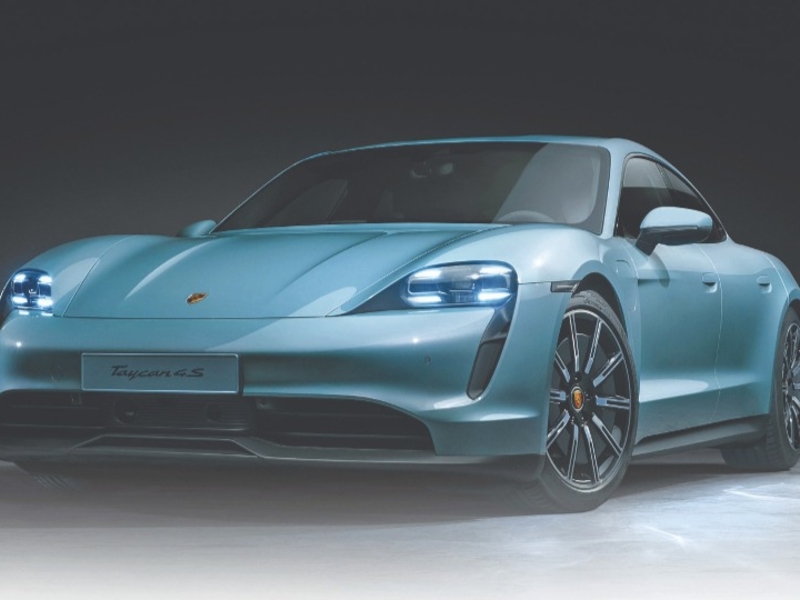 It’s almost Thanksgiving, the frost is on the pumpkin and it’s time to head to Southern California and crank up the Randy Newman.

This week’s L.A. auto show promises the kinds of clean electric and electrified autos that California’s consumers â€” and precious few other Americans â€” appreciate. But it also offers hulking SUVs and even a few sedans â€” go figure.

Here are the key models â€” global and U.S. debuts.

The German luxury brand will unveil the e-tron Sportback, a sportier version of its debut battery-electric vehicle, the e-tron crossover, with a more aggressive rear end. It will also debut the RS Q8 performance derivative of its full-size crossover.

The German performance-car maker, feeling pressure from Tesla, will debut a pair of electrified vehicles at the Los Angeles show: The BMW X3 xDrive30e plug-in hybrid crossover is the first plug-in variant of BMW’s best-selling model in the U.S., while the redesigned BMW 330e plug-in hybrid gets a performance and range boost when it arrives in the U.S. next spring. BMW will also hold world premieres of the M8 Gran Coupe, M2 CS and 2 series Gran Coupe.

The updated G90 flagship sedan will make its U.S. debut. The model was previously shown in North America at the Montreal auto show in January. The G90 gets a bigger “Crest” grille and prominent horizontal design cues.

A plug-in hybrid concept crossover with a futuristic design could foreshadow a coming slew of alternative-fuel vehicles. Hyundai said this month that it will expand its lineup of electrified vehicles to 13 by 2022 from the current five. Also in L.A., a first look in the U.S. of the freshened 2020 Ioniq sedan with a bigger battery for the pure-EV version.

Expect the first in-the-flesh look at the next-generation Optima after Kia released a photo of the Korean version, called the K5, which goes on sale in its home market in December. The midsize sedan gets a revised “Tiger Nose Evolution” grille and a flowing fastback roofline, according to Kia’s global media site.

Toyota’s luxury brand is expected to debut the production version of its LC500 convertible after showing a concept version this year at the Detroit auto show. Lexus is also expected to display its futuristic LF-30 EV concept that debuted at the Tokyo auto show.

The CX-30, a compact crossover that shares a platform with the Mazda3, will make its first appearance in the U.S. It is crucial to gauging American consumers’ acceptance of Mazda’s aspirations to move the brand upmarket.

While many brands highlight electrified models, Daimler’s top brand is expected to go the other way with powerful versions of large vehicles: the GLE 63 AMG crossover and GLS 63 SUV.

VW’s sports-car brand will unveil a lower-priced variant of its first battery-electric model. The Porsche Taycan 4S, which starts at $105,150 including a $1,350 shipping fee, will arrive at U.S dealers in the second quarter. It is one of four variants of the EV model.

There isn’t a spot on the show map for a Tesla stand, but the EV specialist based in Palo Alto, Calif., is planning to reveal its pickup â€” CEO Elon Musk promises a Blade Runner-like cyberpunk model â€” on Thursday, Nov. 21.

The Japanese automaker will use the L.A. show to display three new variants of existing vehicles â€” the plug-in hybrid RAV4 crossover and all-wheel-drive versions of the Camry and Avalon sedans â€” and have the U.S. debut of the redesigned Mirai fuel cell vehicle, which premiered at the Tokyo auto show last month.

L.A. will mark the first chance much of the public will have to see the new Atlas Cross Sport, a two-row version of the Atlas crossover that entered production last month and is expected in dealerships in the first quarter of 2020. Volkswagen will also show an EV concept called the ID Space Vizzion, a wagon BEV based on its global MEB architecture.